When one sets out to write, whether it be for a novel, newspaper article or blog, the age old advice of ‘writing about what you know’ is worth keeping in mind. In this blog however, I am casting such caution to the wind by writing about a topic I know nothing about: Fashion. This is indeed bold since there are only a few topics about which I know less than fashion, including quantum mechanics, knitting and 14th Century Korean poetry.

This little flash of inspiration (or folly) was fuelled by two events. Firstly I was dragged by friends recently to see an eighties rock band, who have been out of the limelight for some time, but still make a living touring smallish venues. Just before I had gone out, I watched The Graham Norton Show and the contrast between the highly polished, perfectly styled, tailored and possibly surgically enhanced guests of a similar age and the rockers on the stage in front of me who certainly looked their age, was quite marked. Let’s be clear, I am not making any judgement on this either way and really I’m not interested in whether the musicians I like are fat, thin, tall short, old, young, firm or saggy. The sound they make is the only thing that’s important to me, but it did get me thinking about the importance of styling in the music industry.

With this thought rattling around the ample spaces of my brain, I took to the rather tedious task of sorting out live pictures of Candi’s Dog for a new page on our website and noticed something interesting. We wear the same clothes all the time. Really all the time, there’s hardly any variety at all. You see, there comes a time in a man’s life when he turns his back on fashion thinks ‘to hell with it’ and just wears the things he feels comfortable in. This point was reached by the members of Candi’s Dog rather earlier than most, possibly around the time their mothers stopped buying clothes for them. The WAGS of the Dog have done their best to make their men presentable, but with limited success it must be said.

So here’s a quick style guide to each band member so you and your friends can re-create that Candi’s Dog look: 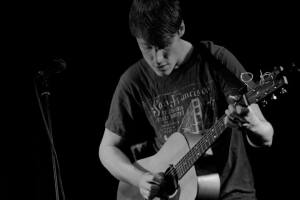 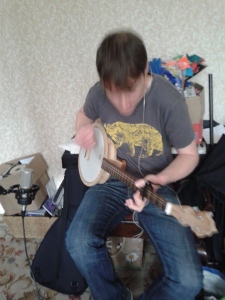 Matthew went to California once and he liked it a lot. He shows just how much in his T shirt style. Look out for his Yosemite, San Francisco and Bear Flag T-shirt. If he can’t be in the Golden State he can at least keep it close to his heart. 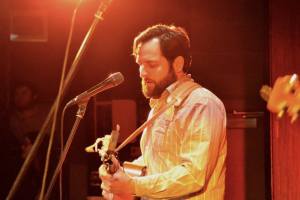 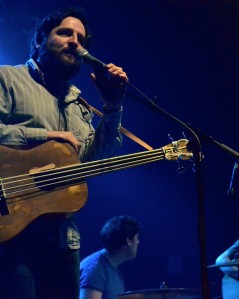 Left alone in a dentist’s waiting room Stephen read in a magazine that vertical stripes are slimming. Given the choice between a giving up biscuits and getting three stripy new shirts he chose the latter. Occasionally to be seen in a green T-shirt when he can’t be bothered to iron a shirt. 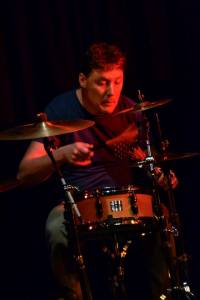 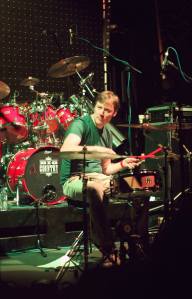 Unlike his brother, Daniel eschews the printed t-shirt and shows the most variety in the colours he wears. In fact, Daniel’s T-shirts show quite a bit of ‘colour variety’ during the course of a gig as he works up quite a sweat behind his kit.

So there we have it! In a previous post we called out for all kinds of people to aid us in our career (on the cheap of course) but we won’t be adding ‘stylist’ any time soon; we’re happy as we are. So please when you see as at a gig, judge us not on our looks but the music we create, as I did with that eighties rock band. They were bloody awful!